[From The New Statesman] 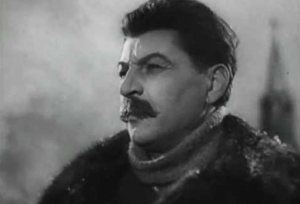 Beyond propaganda, trying to get under the skin of despots and dictators is a near-impossible task.

Until very recently filmmaking was so expensive and logistically difficult an undertaking that it was out reach for most people, which made it the domain largely of corporate and industrial interests. Until not long before that – ie, the advent of VCRs – the distribution and exhibition of films was closely restricted, sometimes by censorious forces though more often by commercial ones. Not surprisingly, then, it has always had a propaganda appeal and usefulness, for politicians and leaders of all stripes, both democratic and otherwise. The Bolsheviks were the first to harness the cinema to this end and, in the silent era at least, managed to produce probably the most artistically brilliant propaganda films of all time. In World War II, Hitchcock, Hawks, Capra and Humphrey Jennings were among various directors on the Allied side who lent their hand to propaganda work.

During peacetime western democracies have generally stepped back from film production efforts and allowed Hollywood and other national cinemas to craft an obliging national narrative, which the studios were only too happy to do. In recent decades, as David Sirota’s history of 1980s US pop culture Back to Our Future documents, the Pentagon has taken a much more hands-on approach to “soft propaganda” efforts, actively providing military hardware to Hollywood films if the script meets the military’s approval – a far cry from the days when Francis Ford Coppola turned to Ferdinand Marcos to hire helicopters and other props for Apocalypse Now, something for which Coppola has always been given a surprisingly easy ride by western liberals.