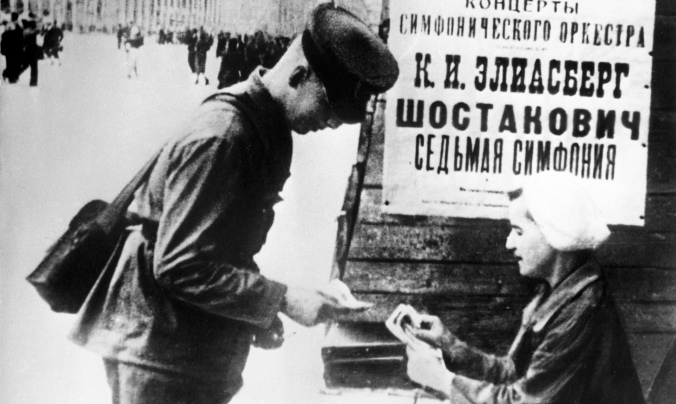 When Shostakovich played the first two movements of his Seventh Symphony to his friends in the besieged city of Leningrad in the summer of 1941, his performance was interrupted by a German bombardment. As the air-raid sirens began to blare after he had finished playing the gigantic first movement – music that dramatises, parodies and immortalises the German invasion – he assured his audience that he would return to play the second just as soon as the warning had stopped and he had taken his wife and children to the shelter. As one of his listeners that day, the critic and composer Valerian Bogdanov-Berezovsky, later wrote, the Seventh Symphony “is an extraordinary example of a synchronised, instant creative reaction to events as they are being lived through, transmitted in a complex, large-scale form, yet without the slightest hint of compromising the standard of the genre”.

The Seventh’s story is one of the most astonishing in the history of music. The first full performance in Leningrad (now St Petersburg) was given in August 1942 by a half-starved orchestra, whose emaciated state is symbolised by the drummer Dzaudhat Aydarov, who had literally been rescued from the dead. Aydarov was thought already to be a corpse, but the desperate conductor, Karl Eliasberg, went to the morgue to make sure – and discovered this supposed cadaver moving and breathing. Aydarov took arguably the most demanding role in the symphony, playing the side drum that beats the relentless rhythm of war at the heart of the first movement.