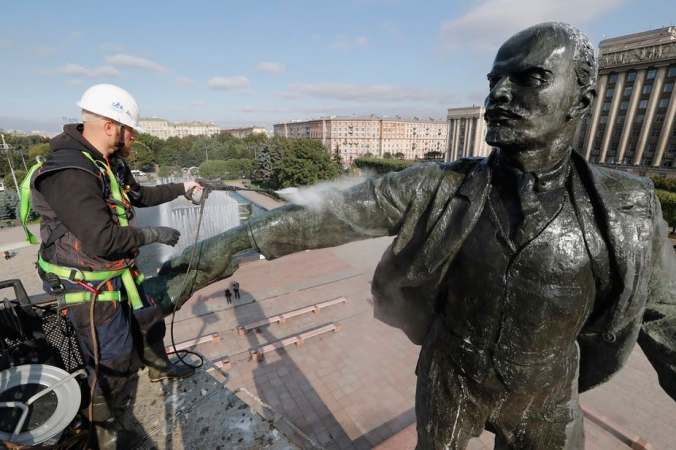 Few episodes in history capture the imagination quite like the Russian Revolution of 1917, undeniably one of the most important episodes of modern history. But a century later, what does it really mean? After all, the Soviet state that emerged from 1917 no longer exists, and the Cold War is over. Does the revolution have any relevance today?

To judge by the flurry of interest in the centenary, a great deal. Historians and writers are in overdrive trying to convey what happened, how, and why, many focusing on the “ordinary” people involved and the extraordinarily talented artists who experienced, made, and captured the revolution. That’s certainly in the spirit of the thing; Lenin himself described revolutions as “festivals of the oppressed and the exploited”. But it’s unwise to romanticise revolution in general, and the Russian Revolution in particular.

The course the Revolution took was determined above all by Lenin and his ruling Bolshevik party, often alongside “the people”, but often also by force against them. One of the most important questions to ask, then, is: what was the October Revolution actually for? Why did the Bolsheviks take power?

As the world commemorates the centenary of the Russian Revolution, the focus is rightly on the horrors of the regime it ushered in.

Russians, and their captive nations, suffered a century of almost inconceivable pain. Tens of millions perished in the revolution and civil war, in the forced collectivisation of farming, the terror of the 1930s, and the second world war. Then came the postwar repressions, and finally the tumult of the end of communism and the bewildering attempts to introduce capitalism and democracy. Russians should be forgiven for being traumatised by their recent history.

I lived in the Soviet Union for two years in the 1970s, at the height of the cold war, under the dead hand of Leonid Brezhnev’s rule. It was a state that isolated itself from the world, in which the Communist party attempted to exercise total ideological control. It believed that central state planners could organise the economy more efficiently than the market. In fact, the planned economy turned out to be barely controlled chaos, further muddled by everyday corruption and sheer bloody-mindedness. If a shop assistant was more interested in painting her nails than in serving you, there was little you could do about it.