In America, the beloved cartoon character Mickey Mouse has had nearly a century of shows, books, films, amusement parks—and now an upcoming exhibition—to make a lasting impression across generations of children. But in the U.S.S.R., the national treasure Cheburashka, a small, brown, furry creature of unknown origin, was only featured in one book and four short films—a total of 70 minutes over 14 years.

Despite his small footprint, Cheburashka, who was created in 1965 by the recently departed cartoonist Eduard Uspensky, survived the collapse of the Soviet Union and continued to be a beloved icon in Russia—and, over the decades, he became an international icon, as well. The character has starred in far-flung spinoffs and a major motion picture, been present at political protests, and even had a rocket launcher named after him. 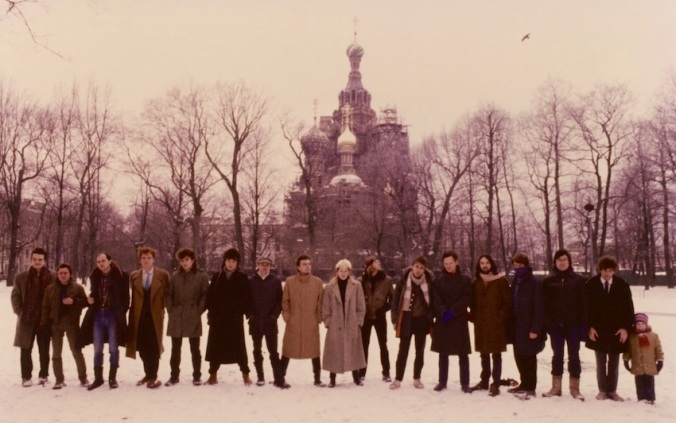 It’s been almost a year since Russia’s acclaimed theatre and film director Kirill Serebrennikov was confined to a house arrest – banned from talking to media, accessing the internet and attending his own film premiere. Serebrennikov was detained on charges of corruption and fraud, accusations his supporters call a politically motivated sham.

Leto – written and directed by Serebrennikov and filmed around the time of his arrest – tells the story of the Leningrad Rock Club, the first legal rock music venue established by the KGB in 1981. Let me take you back there…

In the 1980s, life behind the Iron Curtain was slowly starting to change. Pepsi (the first Western product) was widely available on Soviet shelves, tourists were welcomed and the state could no longer control the underground music scene which was spreading like an infectious disease. This is when some Communist Party genius decided to open a number of rock clubs around the Soviet Union to control and treat the rock mania from within.

The Moscow-based techno-punk outfit Interchain (comprised of Andrew Lee and Jenya Gorbunov, pictured above) already has an impressive discography. But their most recent release, Plenum—which just came out on the Hivern Discs sublabel HVNX this past March—is a particularly fiery addition to their original take on frenetic, punk rock-indebted electronic sounds. They sat down with us to shed some insight onto their wide range of influences from the Soviet era’s industrial music scene. Listen to their eight selections—from the ’20s to the ’90s—below.

The ghosts of the past are returning to haunt the Czech Republic’s communists just as they become closer to gaining power than at any time in the past 30 years.

A month after agreeing to prop up a minority coalition government led by the country’s second-richest person, Andrej Babiš, the once all-powerful Communist party of Bohemia and Moravia (KSČM) is being confronted with one of its most baleful legacies: the brutal crushing in 1968 known as the Prague Spring.

The forthcoming 50th anniversary of the Soviet-led invasion of what was then Czechoslovakia is awakening renewed hostility towards the sole viable communist party of the former eastern bloc.

In 1968 Alexander Dubček, leader of the Czech Communist party, was introducing liberal reforms, but Moscow and other Warsaw Pact countries considered he had gone too far in his pledge to deliver “socialism with a human face”, changes that included abandoning censorship and allowing free speech.

[From the Los Angeles Review of Books]

ALONG WITH the somewhat better-known Viktor Shklovsky and Roman Jakobson, the writer and literary theorist Yuri Tynianov was a central figure of the revolutionary-era school of literary and cultural criticism that came to be known as Russian Formalism. The Formalists were contemporaries and advocates of Futurist poets like Vladimir Mayakovsky and Velimir Khlebnikov, as well as early Soviet film pioneers like Sergei Eisenstein and Dziga Vertov. In keeping with the mood of avant-garde experimentation that held sway in the early years of Soviet rule, Formalist ideas about literature and art were radical and stark, especially in comparison with the mystical impressionism of pre-revolutionary Russian writers and critics. Like Shklovsky, Jakobson, and their colleague Boris Eikhenbaum, Tynianov was first and foremost a scholar of literature, but the creative explosions of the new Soviet film industry demanded the Formalists’ attention. Tynianov, like Shklovsky, dove in as both a theorist and practitioner; he began penning screenplays and working directly with actors and filmmakers, most notably with the wacky and inventive “Factory of the Eccentric Actor” (FEKS) group. He also wrote a series of articles on film, like the one below, which were published in daily newspapers, and in 1927 contributed to a substantial volume of Formalist essays on cinema, edited by Eikhenbaum. Tynianov’s writings on film are valuable for their insider’s perspective and the sense of palpable, physical immediacy they convey (even as he insists on the fundamentally abstract quality of film as an art form). He applies his formidable skills as a literary theorist to this material, teasing out fascinating parallels between the way words and images can be shaped and altered by their place in a work. But Tynianov is also unique among the Formalists, in that he argues for film’s essential difference from all other art forms.

More than a third of Russians say the Soviet Union was correct to intervene in Czechoslovakia in 1968 and nearly half of the population says it knows nothing about the invasion at all, according to new polling data obtained by the Guardian before its release on the 50th anniversary of the crushing of the Prague spring.

The polling data reflects the resurgence of “Brezhnev-era propaganda, stereotypes of the Soviet period,” said Lev Gudkov of Russia’s Levada Center, which will release the results on Monday.

More than a fifth of Russians blamed a “subversive action by western countries” to split the communist bloc for a Czechoslovak programme of liberalisation that ended in a Soviet-led invasion of the communist country. 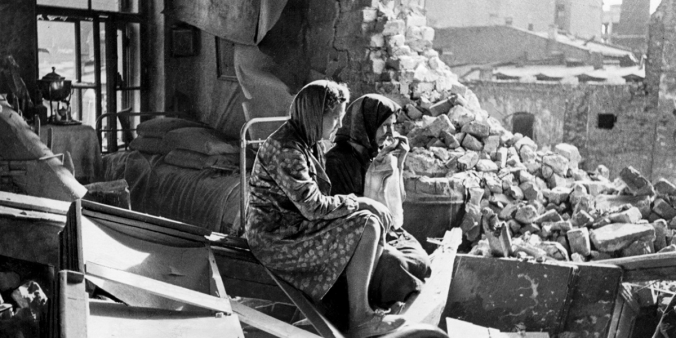 For us Indians, August 9, 1942, will forever remain a date to look back to with awe and pride. On that day, with the launch of the Quit India movement, India’s colonial masters were served their final notice: get out or get shoved out.

August 9 was supposed to have been a very important date in the Third Reich’s calendar as well, perhaps the most important date. In the end, it may well have been that, but in not quite the manner Adolf Hitler would have liked. Indeed, in some sense, the day proved to be the tipping point for the Nazi campaign for world domination. Hereafter, it would only be a journey downhill, to disaster (though it did not necessarily look like that at the time).

This may sound somewhat far-fetched – after all, the Stalingrad offensive did not even start before August 22 that year, while the epic tank battle in the Kursk salient was nearly a year away yet – and so the story of that day bears retelling.

Shadows lengthen across the Soviet Union

When Operation Barbarossa burst upon the Soviet Union like a screaming tornado in June 1941, the city of St Petersburg featured very prominently on Hitler’s list of most prized targets. One reason, of course, was that it was Russia’s second largest city, arguably still her most important city in many ways, though it had ceded to Moscow as the country’s capital in 1918.

But what mattered even more to Hitler was its name – Leningrad (as it was known then, after the man who had led the October Revolution) – as well as the fact that Leningrad, and not Moscow, had been the cradle of the Revolution. In Hitler’s eye, Bolshevism/Leninism (together with Jews everywhere) were the worst scourge of the great ‘Aryan’ civilisation, and his visceral hatred of Vladimir Lenin (who had been dead for 17 years in 1941) prompted him to make a dash for Leningrad even before he grasped at Moscow.

The monumental but decaying grey, brutalist structures of central and eastern Europe are fading memories of the socialist era. So decrepit are some of these buildings that the Bureau for Art and Urban Research (Bacu) believes “socialist modernism” – the architecture from the former eastern bloc erected between 1955-91 – has been left out of the history books.

In an attempt to protect these buildings, Bacu started an initiative in 2014 to document and preserve the structures and their heritage.

From the faded grandeur of the State Circus in Moldova’s capital, Chisinau, to the concrete curves of Kiev’s Memory Park, many of these buildings have been abandoned and left to ruin, while others sit waiting for demolition in rapidly developing eastern European cities.

“We aim to revitalise this heritage not only for symbolic reasons, but because we believe in these elements that managed to defy some of the ideological requirements, giving the urban space a certain flavour so characteristic of those times,” says Dumitru Rusu of Bacu. “Boulevards, public buildings, living units and monuments, they all are a clear reflection of the social and cultural context of the socialist period.”

[from The Irish Times] 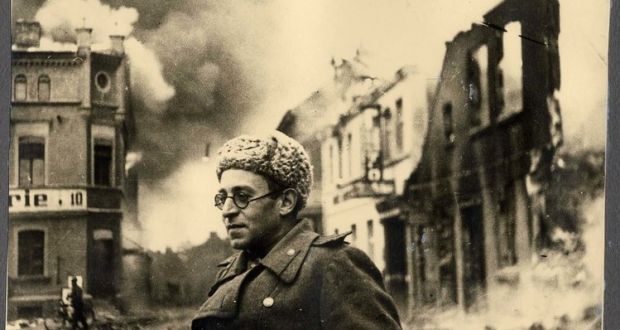 I’m reading Life and Fate on a beach in Croatia. I peek from under my sunhat. Mothers and fathers, children, babies, grandparents. Lying in the sun. Swimming in the warm sea. In Moscow, Croatia and France play for the World Cup. Europe at peace.

My eyes return to the page. The Soviet Union. 1942 -1943. War. Jewish nuclear physicist Viktor Shtrum waits for the phone to ring, the door to burst open, the arrest. Stalin is unpredictable. You never know the hour.

In Stalingrad, Lieut Gen Yemenko confronts Gen Paulus. Their soldiers, men and women, die in their thousands. On the Kalmyk Steppe, Lieut Col Darensky can think of nothing but the lice. “(H)e had spread out his pants and was squashing the lice that infested them. He was moving his lips silently, evidently keeping a tally.”

[From the New York Times]

Vladimir Voinovich, a Russian writer whose satirical novels vexed the Soviet authorities in the Leonid Brezhnev era, resulting in his banishment from the country for a decade, died on Friday in Moscow. He was 85.

Vladimir R. Medinsky, Russia’s culture minister, confirmed the death in a condolence statement on Sunday. The cause was a heart attack, Mr. Voinovich’s friend Yulia Pessina said on Facebook.

Mr. Voinovich first incurred the displeasure of the authorities by supporting high-profile dissidents in the mid-1960s. Then he really inflamed them with his novel “The Life and Extraordinary Adventures of Private Ivan Chonkin.” The book did not clear the Soviet censorship bar in 1969 but circulated underground and was published in Europe four years later.

Mr. Voinovich found himself under scrutiny by the K.G.B., and later said that he believed that during one of its interviews with him in 1975 the agency poisoned him with a cigarette that had been laced with some sort of hallucinogen.